skip to main | skip to sidebar

The Sound of Boards of Canada

Okay, Christ, here comes the pretentious music blog faux-writer that is going to talk about an artist that is outside the mainstream but critically acclaimed beyond their years and adored by fans and musos alike. But there's a difference here because I am not going to try and preach to you about why you should like them but instead going to explain why I like them so much and why they make such a difference in my musical life.

They are Boards of Canada.

From Scotland and Canada (a good mix, if you ask me) they infused TV show samples, organic musical noises and sounds to create three of the most lauded electronic records of all time - Music Has the Right to Children, Geogaddi, and The Campfire Headphase. They also created some fo the most sought after EPs; Trans Canada Highway, Twoism, Boc Maxima and the Peel Sessions. Throw that output into the mix with two rare, unofficial, not even release 'tapes' that have been Torrented since they discovered, A Few Old Tunes and Old Tunes Vol. 2, and the fact that very little has been heard of them since 2006 and you have the makings of a indie hard-on. 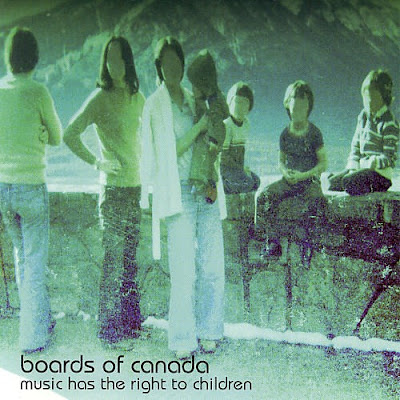 But that's not what I love about them. Their output is something that is an ever presence on my playlist because of the sound. The albums have a dream like quality to them, a perfect balance of melody, bass, hooks and floaty production that cools, soothes and calms me. The records have this strange space between the tracks, almost like room to breathe, with each piece and track so meticulously pieced together, balanced perfectly like a great building designed to look like an illusion.

The songs have an ethereal style to them. There are the trademarks of Boards music - something that's sometimes missing from other bands' outputs. The trademark children's voices invoking a sense of insane innocence, and the swooping synth fade-in-and-outs that back ground an almost icey front melody or sound. It sounds like like a flowing back and forth wave of water that soundtracks the comings and goings of life and the way the universe is built.

I found Boards of Canada late in my musical life and like most of my recent finds they are so different to what I used to listen to it belies my youthful rock sounds that I demanded so heavy handedly during the first decade. Boards are almost the antithesis of my Nu Metal mindset that I used to carry with me everywhere I went. Now, growning up, I didn't ever expect a band or artist to affect me as much as the angst ridden songs had done in my teenage years. However, I was wrong. 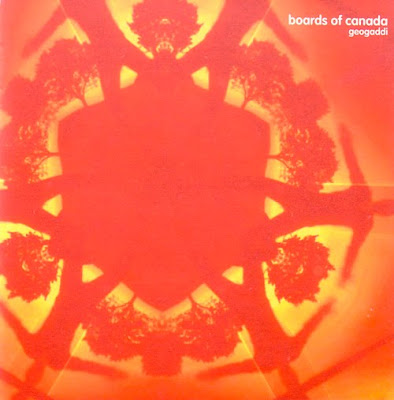 Take the track Dayvan Cowboy, which appears on both The Campfire Headphase and the Trans Canada Highway EP - the song is regarded by most in the BoC community as the true mainstream single, and it is a great track, but to call it mainstream obscures the fact that it doesn't "start" until one third of the way through the running time. The EP In a Beautiful Place Out in the Country is with out a doubt in my mind my favourite EP ever released by any artist. The EP opens with a swoop synth base and a rattling rim shot sound effect that is slowly accompanied by drum rhythms and further swooning waves of slowly, brooding synth. The effect that it creates is something akin to watching rain fall down a pane of newly installed glass as a lightning storm rumbles on in the far distance.

It is this sound that makes me love Boards of Canada so much, and slowly ingest everything they have produced and that I can find. By obtaining their sought after tapes from their early years that were simply made for friends and family, I can see the genesis of a strange eye for the unusual and marking them and making them into something greater than before. The slow build up is a stylistic love letter to the art of pace and restrained craft that I admire so greatly.

So, I am going to try and get my friends to discover the band? No, I am not. When I was younger there was a strange nee for validation, the requirement to get my friends to enjoy, love and appreciate the bands that I love in tandem with me. This left me frustrated when my attempts to make my friend understand Rage Against the Machine ("I hate rapping") and Mars Volta ("Sounds like he is just going mental on a guitar") to the point of high blood pressure diagnosis. So, no, I am not going to force my friends to listen to them, and nor am I writing this to try and covnince you that you are wrong to dislike them or to have no listened to them. No, this is not a article to recruit members to the fanbase, but something that I want people to understand, take in, and accept that they are above and beyond some of the other artists I may off the cuff say are my "favourite artists of all time" because, and this is ture, very few can create such an incredible sound, and an incredible thread of consciousness through that very sound. 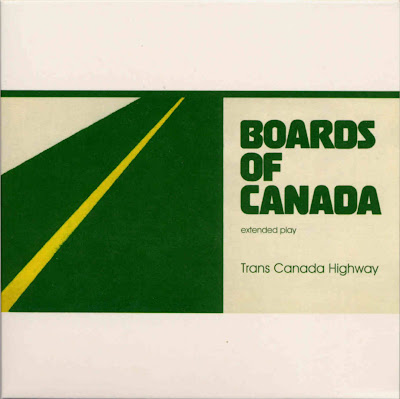 The worst thing I can say for Boards of Canada is that you don't need to focus on their music. It can be played in the back ground of almost anything and sit there, unobtrusive. This is why when listening to the albums I can almost say with absolute certainty you will hear something that you will have heard before. It's most likely going to be Roygbiv, which has been used almost endlessly by Charlie Brooker and others as background music for TV shows. The strange thing about this, whilst it could be seen as a problem, it has in fact allowed me to enjoy their music more and interpret their sound and style more fluidly than other artists I have listened to.

They have soundtracked walking in the snow home from a night out at the pub, driving to meet my girlfriend at the airport, sitting in the sunshine outside next to a pool in 90F heat, and the most productive and decisive moments in my day job. These moments are all linked to the music of Boards of Canada, and the sound of the artist, and they are the moments that make these albums the most important in my regular listening rotation. They are like a clean white room with a glass of cold, fresh highland water, whilst a blue sky and bright sunshine is outside and I can see sweeping rolling hills and trees moving in a slow breeze. There are birds flying, probably kids cycling. And occasionally a large 70'' metallic robot walks by fighting off an alien species of invading aliens.

If I were to force you to listen to the artists, I'd just wholesale tell you to head to the Warp Records store and buy everything. But that's un realistic. Unfortunately, they are not on Spotify, so I am going to have deal with faulty Youtube links.

This track is the title track from In a Beautiful Place Out in the Country.


This is one of my favourite peices of music of all time, 1969 from the album Geogaddi.


This track is called Turquoise Hexagon Sun from the album Music Has the Right to Children. The voices in the background are incredibly effective, and almost decipherable.


This is '84 Pontiac Dream. Taken from the album The Campfire Headphase, this album features no children voices, and a little guitar. This was a major change in design but the album kept the style and sound of the other albums. It is much maligned by the fan base for this, but I love it for the differences.


And finally, something a little different. From the EP Twoism, this is the title track.

Email ThisBlogThis!Share to TwitterShare to FacebookShare to Pinterest
Labels: boards of canada, geogaddi, music has the right to children, peel sessions, the campfire headphase

All About The Writers